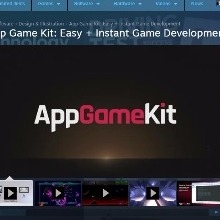 Today we're releasing a new version of AppGameKit with a range of new features and fixes.

Breaking changes: this version cannot run previous bytecode, and old versions cannot run bytecode from this version Updated AGK to use libPNG 1.5.27 due to a security vulnerability Modified IDE export options to compile the project before exporting to make sure it is up to date Fixed the stop broadcast button sometimes failing to stop the app on a device IDE export settings are now stored inside the project file for each project Fixed the debugger not being able to set a breakpoint on source files contained in folders in some cases Added new compiler directive #company_name to create a more unique write folder for your apps on Windows and Linux, see the Language section of the help for more details Significantly improved image loading times on all platforms Removed 2048x2048 size limit on images, now only limited by device capabilities Fixed LoadImage down sizing images above the size limit causing sub images to have their offset values corrupted Be aware of GPU memory when using large images, a 4096x4096 image will use 64MB, regardless of its file size Loading an image that is not a power of two in size will no longer pad it to the nearest power of two internally, unless SetGenerateMipmaps is set to 1 Using SetImageWrapU or SetImageWrapV with mode 1 (repeat) on an image that is not a power of two will now do nothing Added OGG music commands that can play multiple music files at the same time, and allows seamless looping OGG music commands will work the same on all platforms Old music commands are now deprecated in favour of the OGG music commands Fixed GetManagedSpriteCount always returning 0 CreateRenderImage can now use non-power of two sizes when the mipmap parameter is set to 0 Added SetTweenDuration() to change the duration of a tween after it has been created Fixed FBX loader causing a crash on ARM devices Fixed frustum culling not working correctly when using an orthographic camera Fixed a crash in LoadObjectWithChildren when loading an object with a single bone Fixed objects created with CreateObjectFromObjectMesh not being drawn properly Fixed SetObjectCollisionMode() not creating collision data if used on an instance object when the parent has collision turned off and has no collision data of its own Added ViewFile() command to open a specified file in an external app, usually the system default for that extension Added ShareText() and ShareImage() commands to share text and images with external apps, asks the user to choose the app Fixed local notifications not showing on Android if the app is closed when in the background Added GetInAppPurchaseLocalPrice() command to get the item price in the local currency Added GetInAppPurchaseDesciption() command to get the item description Fixed iOS export causing an error when the app is submitted to Apple Added option to iOS export to allow all orientations Fixed a crash on Android when loading a 3D object that contains multiple primitive types (point, line, triangle, or polygon) in a single mesh Fixed some Android devices not keeping the correct GetPointerX and GetPointerY values after a touch release Added sharedUserID field to Android export dialog so shared variables can be used in Tier 1 Modified Android GetRawRotationVector commands to use the game rotation vector sensor where available, which isn't affected by magnets Fixed SetErrorMode(2) not displaying error messages properly on Android AGK will no longer add a default precision to shaders on mobile devices if it detects the string "#if", which implies you have added it yourself Added joystick support to HTML5 Fixed SetVSync command on HTML5 Fixed SetClearColor not working on HTML5 Fixed joystick ranges for non-XInput devices on Windows, causing some devices to report incorrect values Fixed a crash when trying to use joysticks on a Mac Fixed Facebook warnings about Graph 2.0 calls Added GetFacebookAccessToken to return the access token that can be used with graph API calls using the HTTP commands Added the Euro currency symbol to the default font Updated Mac apps to be 64-bit, if you are using Tier 2 be sure to set your valid architectures build setting to x86_64 Updated RunApp() to work on Linux, Mac, and Raspberry Pi Fixed virtual buttons becoming distorted if broadcasting and app that uses a virtual resolution after an app that uses percentage coordinates 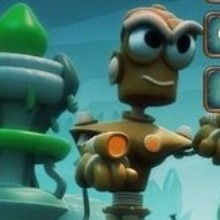 Today we released Games Pack 1 for AppGameKit which includes ten full games spanning multiple genres that show the diversity you can achieve and demonstrates the kind of games you can make with AppGameKit.  In AppGameKit Games Pack 1 you will find everything you might expect from a games compendium, including puzzles, action games and even an excellent tower defence game that will keep you playing for hours.

In this compendium, you will find: 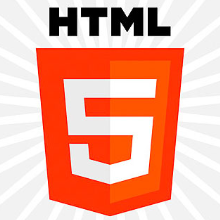 The Game Creators today launched the AppGameKit HTML5 version – a significant release which adds yet another dimension to the already successful development engine.

Lee Bamber, CEO of The Game Creators, said, “HTML5 is the latest version of Hypertext Markup Language, the code that describes how web pages look and operate. More crucially, it's the first version which fully supports native execution of 3D games content, which means no more plugins to install. With the new version of AppGameKit, you can now export your creations directly to HTML5 compatible files which can be run locally or uploaded to a server, allowing your users to play your apps and games instantly through their browser. Thanks to the WebGL, a component of HTML5 technology, you can even run 3D games under hardware acceleration and optionally switch to full screen to create a smooth immersive experience for everyone.” 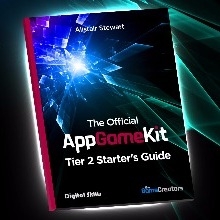 We are pleased to announce the launch of a brand new book aimed at users who want to migrate from Tier 1 BASIC to Tier 2 C++, opening up a whole new world of opportunity to those who wish to expand their choices in both programming and wider careers.  Alistair Stewart uses his trademark talent for total exploration of a subject to give you a hands-on tour into the world of AppGameKit Tier 2 development, making the process easy and rewarding. 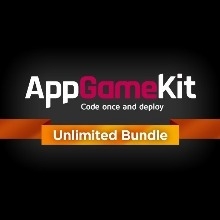 We are pleased to announce a new AppGameKit Unlimited Bundle for all AGK coders out there, designed to allow anyone who has already bought AppGameKit and some DLC to buy the remaining DLC's available at a discount of 25%! If you want to complete your AppGameKit suite, this new initiative by Steam allows you to pick up all the DLC’s you do not already have in your account.  The best part of this new type of Steam bundle, is that it applies its own discount in addition to the discount already present on the existing DLC products, making it one of the most cost-effective ways to get your hands on everything ever released for AppGameKit.