By Miracrea Games
Back to Showcase 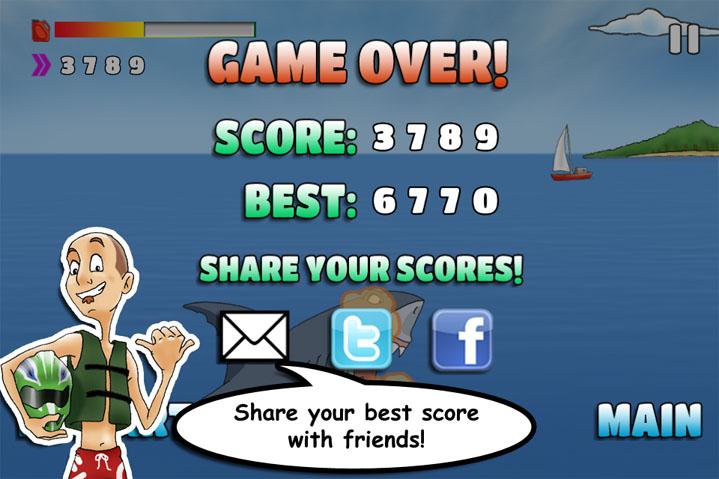 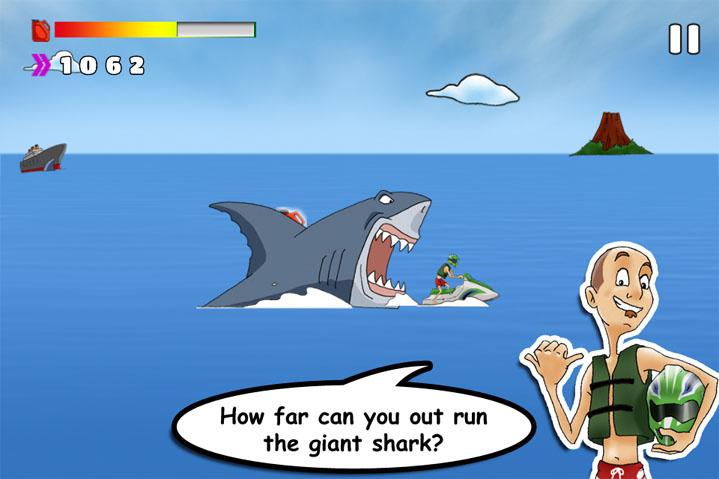 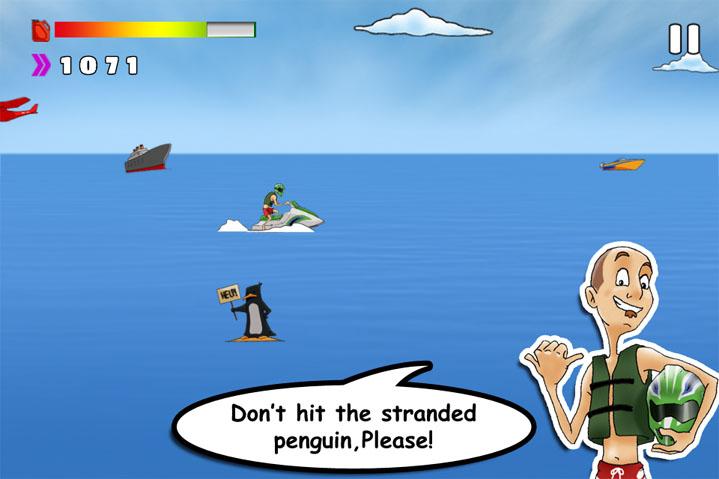 Download for iOS
Shark Run is an Action/Arcade game that is all about heart-pounding speed with the player dodging obstacles and collecting fuel while trying to escape a 100ft shark.

Imagine that you are on a dream vacation in the most beautiful tropical paradise. The sounds of the waves sweeping over the beach. Seagulls in the background soothingly cawing. The deep gong of ships announcing their arrival in the distance. You are out enjoying the sun and surf on a jet ski just leisurely jumping waves and playfully dodging other tourists.

Then, all of a sudden, you feel a surge of dread come over you. It sends chills through your entire body. You look around to see what is happening and to your horror right behind you are the jaws of a 100ft shark coming right at you! There is no time to think just to react so with seconds to spare you hammer the gas on the jet ski and the chase begins.

The escape isn't without its perils though. As you speed away you will have to avoid obstacles, like boats and penguins, that will either stop you in your tracks or slow you down making it easier for the shark to attack.

What are you waiting for? Dive in and see how long you can survive the Shark Run!

* Simple Controls - Slide your finger on the left side of the screen to move, and tap the right side to jump.

* Leaderboards - There can be only one, will it be you?

* Fast Adrenaline Pumping Action - The game will get faster the further you go testing your reflexes.

* Beautiful Hand Drawn Art - The mix of traditional art and technology have created a one-of-a-kind look.

* If the shark is right on your heels find a boat and dodge it at the right moment to have the shark ram into it slowing him down.

* Don't forget to collect fuel pick-ups to keep your jet ski powered up so you don't become shark bait.

* Sometimes it is better to just jump and obstacle rather than dodge it.