By Puddleduck Appware
Back to Showcase 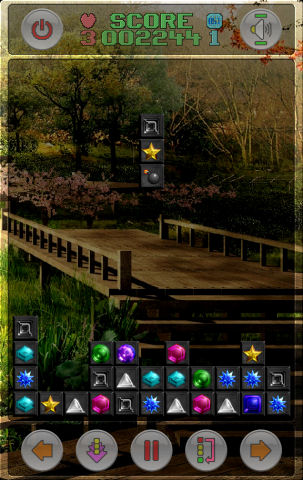 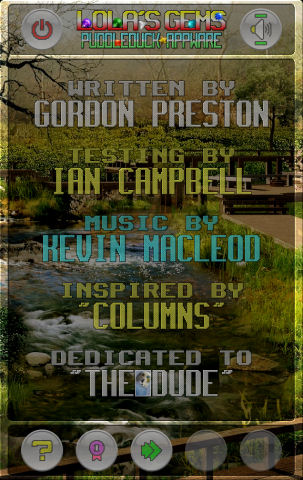 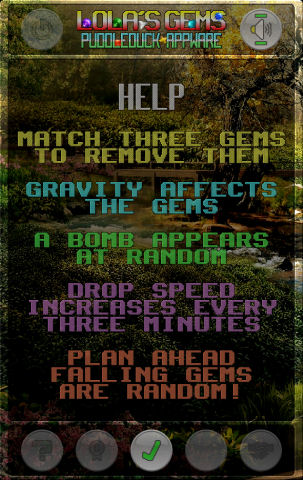 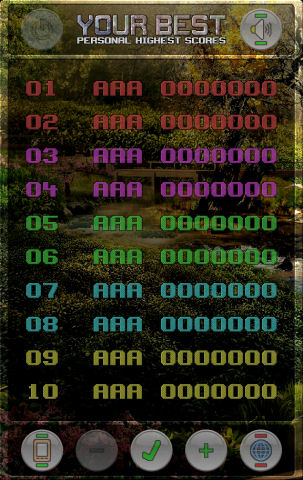 Download for Android
This game was inspired by Columns.

A block of 3 gems drop down the screen, while the block of gems is falling, you can move it left and right, and also cycle the positions of the gems within it.

If, after the block of gems has fallen, there are three or more of the same gems connected in a straight line, either horizontally, vertically, or diagonally, they will disappear. The gems will then settle under gravity. If this causes three or more other gems to become aligned, they also disappear and the gems settle again. This process repeats as many times as necessary.

Unlike Columns, where the game ends if a single column reaches the top, you lose a life if you fill the complete screen with gems ... you also start a game with three lives, instead of just one!

A bomb will randomly appear in the falling block of gems, when this explodes, it will remove a maximum of 13 gems from the screen ... the more gems that are removed, the more points you will receive.

The block of gems will fall at a faster rate as you progress ... this speed increase is roughly every 3 minutes.

The game features two high score tables ... one for your own personal 50 best scores, and one for the 50 best worldwide scores (an internet connection must be available on the device for this feature to work). Have you got what it takes to be the worlds best?