By Warriors of the Cucumber
Back to Showcase 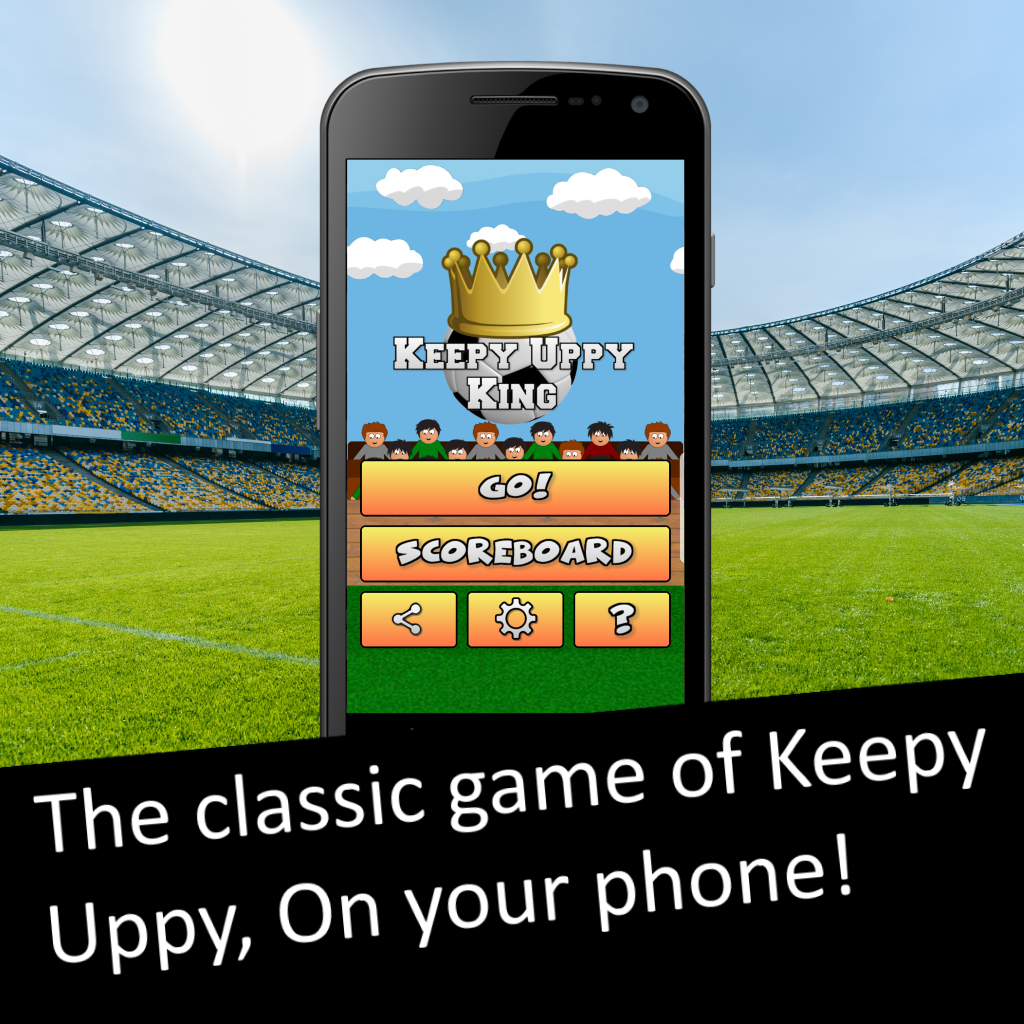 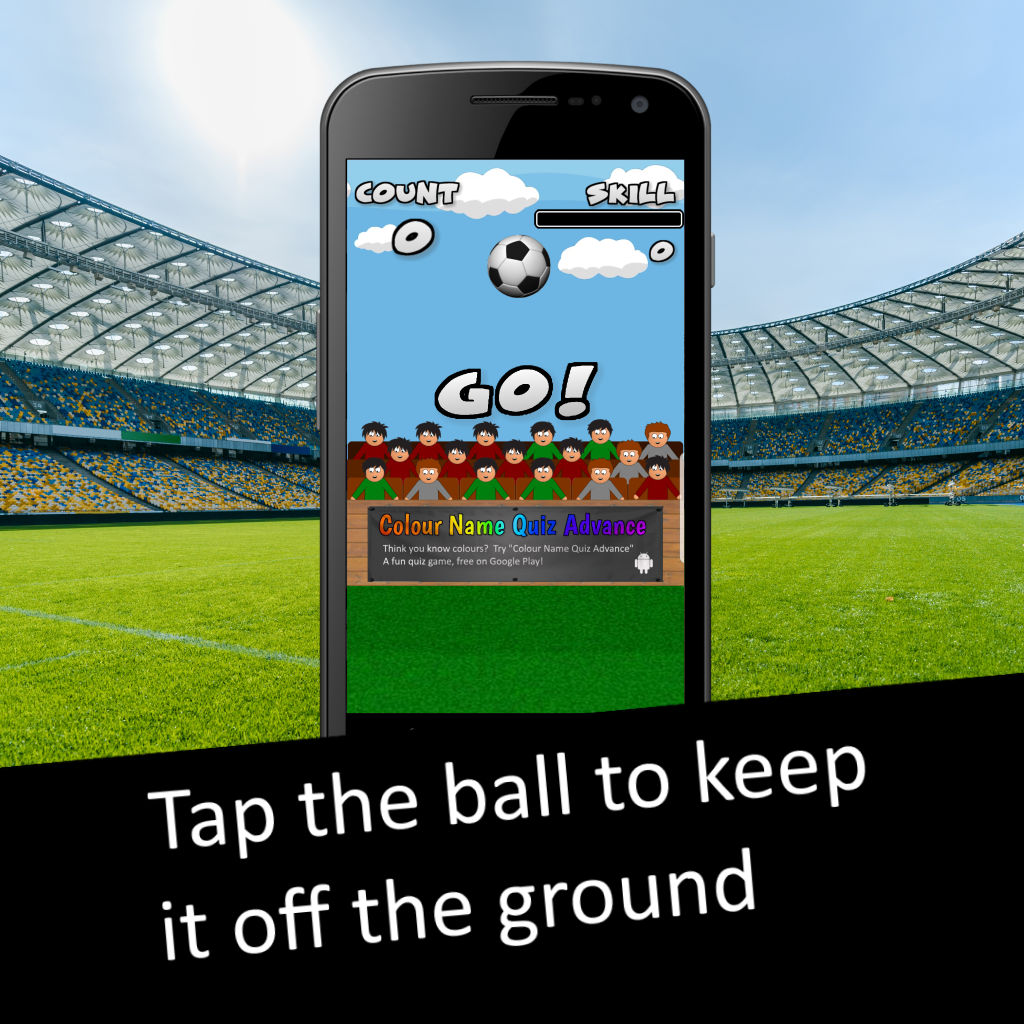 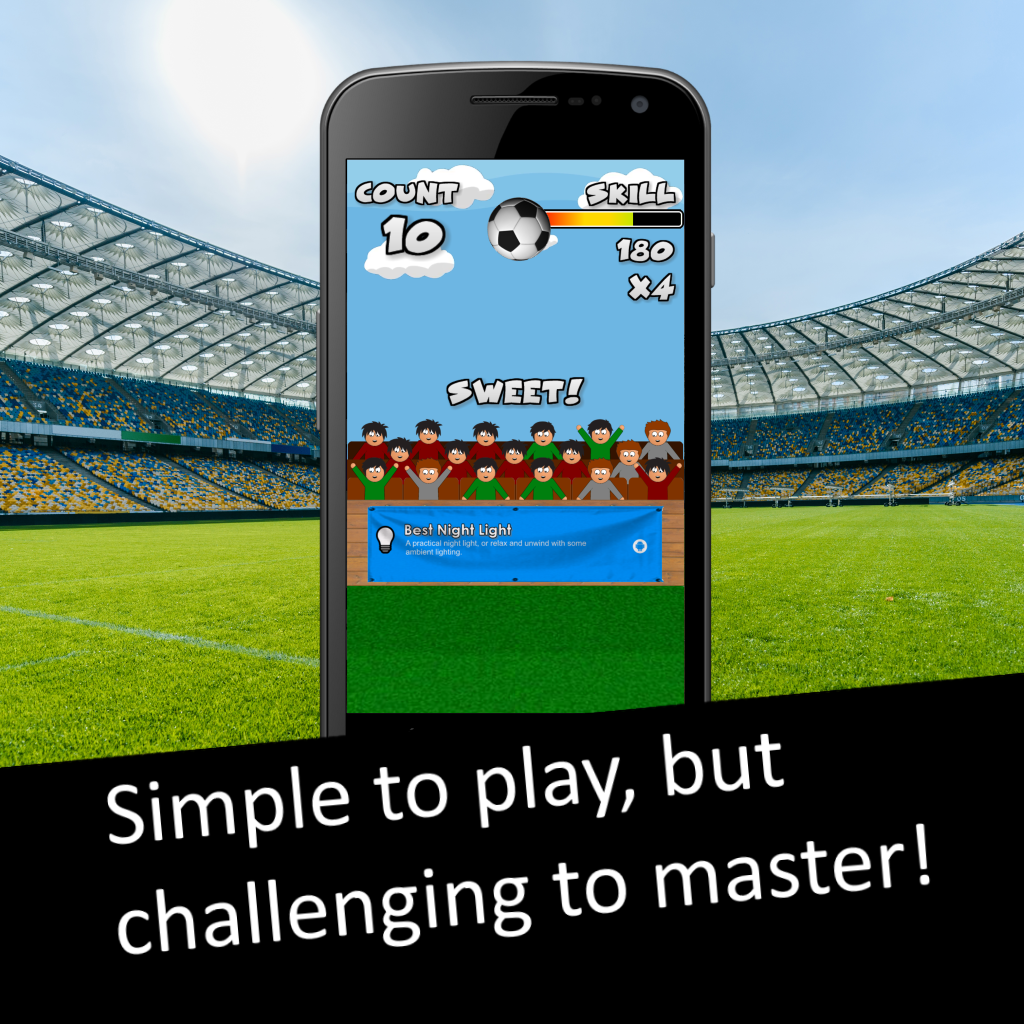 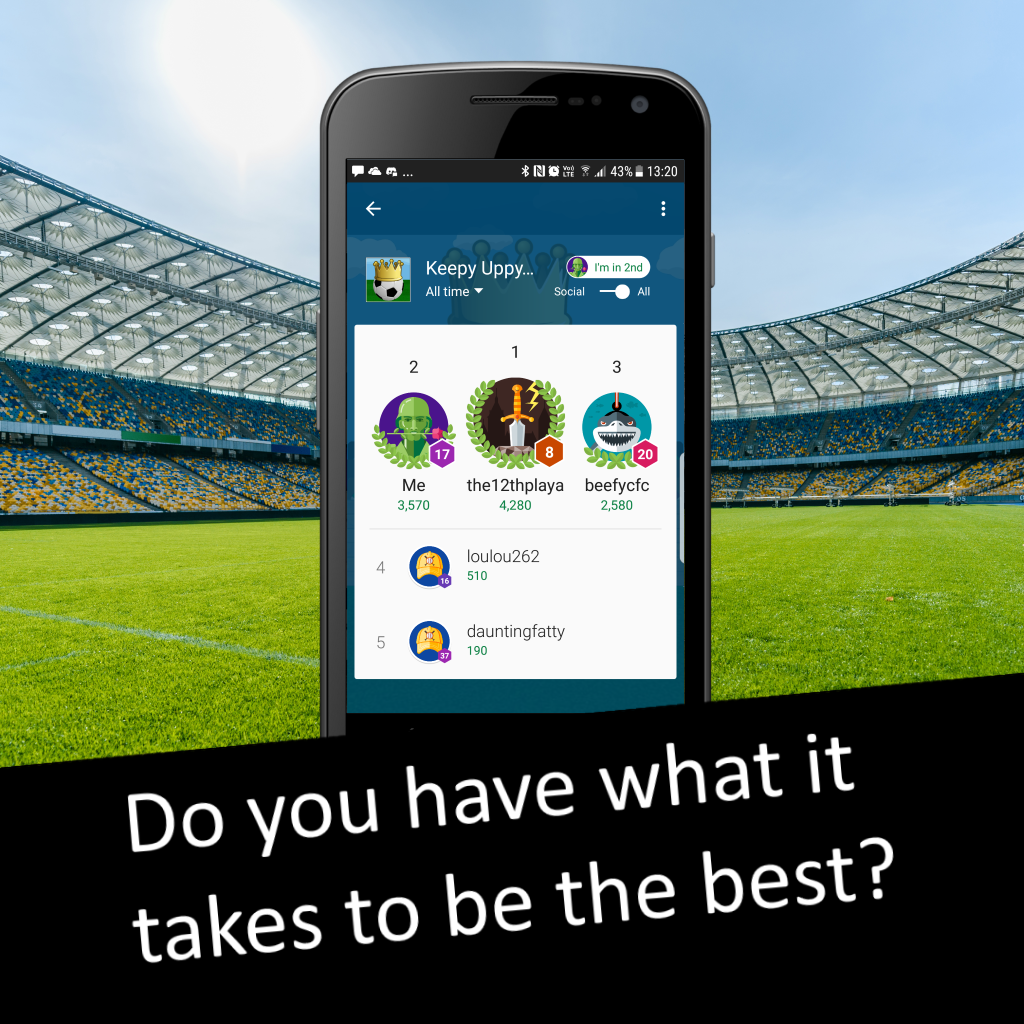 Download for Android
Keepy Uppy King - The classic game of keepy uppy, on your phone!

• Tap the ball with your finger
• Don’t let it touch the ground
• Get score multipliers for skilfully controlling the ball
• Online High Score Board - Do you have what it takes to be the best in the world?

Keepy Uppy is the classic playground game which everyone has played, It’s also been known as kick ups, tap ups, football freestyle. It’s basically juggling with a football (The British Soccer variety, not an American football) using feet, lower legs, knees, chest, shoulders and head without letting the ball touch the ground.