By SW3DG LLC
Back to Showcase 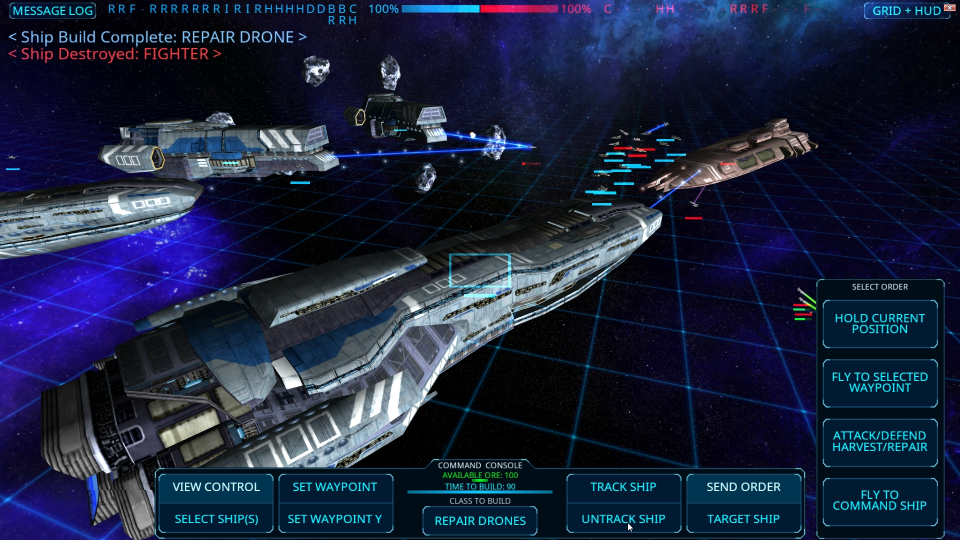 Download for Android
Featuring simplified real-time strategy spaceship combat, Arvoch Command offers focused player directed battles in a fully 3D environment. With unbound view control, you are free to move around the combat area to view the battle from any perspective. Optional ship tracking lets you keep the view centered to a particular ship for closer observation and automatic alignment.

As the fleet commander, you are in charge of up to several capital ships and four unique smaller ship classes (Harvesters, Interceptors, Repair Drones, and Fighters). Select ships by class or highlighting by drawing a box over them on the screen. You can then issue orders to the selected ship(s) directing them to hold their position, fly to a waypoint, engage in combat/harvest/repair, or return to the command ship.

To rebuild losses, the game features a build system that lets the 'harvester' ship class mine metal ore from nearby asteroids (when present) to provide material to the command ship for building new ships. Choosing which ships to build and when is part of the strategy in winning the battle. Different starting modes are available for variable initial fleet conditions.

The objective is to destroy the enemy fleet and their command ship.

To keep gameplay focused on space combat strategy and battle decisions, there are no 'power ups' or paid shortcuts. The game provides a consistent set of rules and gameplay conditions exclusively focused on in-game real time tactical combat decision making during battle. Only one in-app purchase is available to disable ads.