By Texasoft Reloaded
Back to Showcase 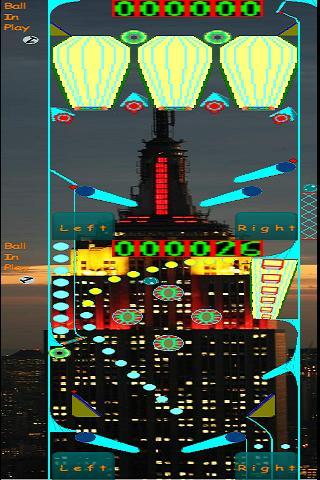 There are no releases for this item
Play the old pinball game as if you were at the arcade. Realistic physics (based on Box2D) with additional effects and targets developed by us , a lot of fun bonuses, exciting and realistic sound effects taken straight from true pinball machines. Bumpers, flippers (2,3,4 or more), slingshots, drop targets, rollover targets, tunnels, spinners, sinkholes and a lot of other elements of real pinball, all of these and more you will find in App-In-Ball.
Five exciting tables can be played. At the beginning only the first is available (NightStar) and the others are locked, but you will unlock other tables as soon as you reach a minimum score.
Have fun discovering the combinations of targets that make you win an extra ball, multiply bonus x2,x3, till x10, light sinkholes, activate ball savers, and more.
Use the soft touch button on the screen to activate flippers, and drag the side spring of the plunger (by touching the spring) to launch the ball.
You have got 3 balls per play, but a "shoot again" bonus may be won.
Can you ever imagine a pinball without TILT? No, by no means. Try to roll strongly your smartphone and you will see the ball taking unexpected paths. But if you roll it too much, the TILT message will appear and you will lose control of your ball, that will go straight into the drain.
Release 2.0 includes one additional table with New York Theme, a more sophisticated game-play with scrolling multi-level tables and additional elements as ramps.
Consider that the tables supplied with the game are not hard-coded in the software, but they are described by means of a "pinball description language" and a run-time engine that reads text files and create the pinball table on-the-fly. It is a real extensible Pinball Simulator!

- added one multilevel table (NewYork): a table is composed of two tables tiled vertically. If the ball crosses the top or bottom boundary, the screen is automatically scrolled upward or downward. So the fun can be double or even threefold.
- ramp element has been added. The ball can be launched towards ramps that go up, down or be simply flat to simulate raised platforms. Gravity influences the ball movement, so you have to kick the ball with greater force in order to make it climb the ramp.